Home Remodeling: How to Cope With Change

ix Examples: What TO DO and What NOT TO DO to Cope with Home Remodeling 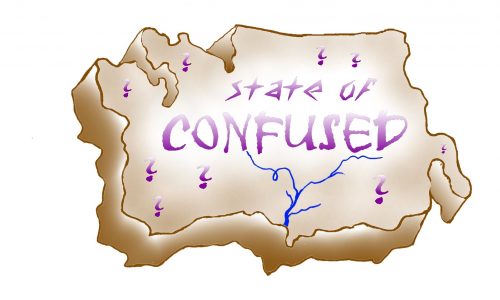 Why does change overcome many of us with anxiety?  Is it fear of the unknown, or fear of failure, or a combination of the two? Marilyn Ferguson describes the anxious feelings beautifully: It’s like being between trapezes. It’s Linus when his blanket is in the dryer.” Following are brief stories about six remodeling projects, for couples in different stages of life.  Three projects flowed smoothly, like chocolate syrup on vanilla ice cream, and three of the projects were like curdled milk, filled with sour lumps.

Have you ever noticed that people who embrace change ultimately enjoy life more, and achieve more success personally and professionally? Relating this to building and remodeling, homeowners who enter into a project with an adventurous spirit and maintain a positive attitude throughout, achieve the best results.

If you’re thinking about building a new home, or remodeling your existing home, please take a few minutes to think about how you feel about change, and the period of transition that you’ll be going through. There are no absolute right or wrong answers to the following questions:

The  people who have problems during design and construction generally have unrealistic expectations about most (or all) of the above list that they cling to like a life preserver.  One couple wanted to replicate a screened living area that they had at another home, although their new home was totally different, and the weather was not conducive for outdoor entertaining, except during the summer.

Another couple said they wanted to remodel the home they’d lived in for over 30 years — a major project, including an addition and structural changes —  but they were used to the home as it was, like a pair of worn down, old, comfortable shoes. The husband was convinced that the entire project could be accomplished for around $80,000, but his wife was more realistic (probably because she enjoyed watching HGTV), and expected their investment to be around $200,000. These problems were compounded by the way that the couple talked to (never with) each other, with no respect, compassion, or empathy.

In the third negative example, one of the partners has been at the top management level in his/her career, finding it difficult to give up control at home; he/she wants to make all the decisions, whether it’s good or bad for his/her partner.  In situations like this, the partner needs an understanding advocate.  Here’s what happened when the husband was convinced that his wife wasn’t smart enough to know what was good for her, or make good decisions:

The husband had already decided what to do with their home, which was on the National Historical Register. He was adamant about enlarging the kitchen, which would change the front facade of the home. Building officials, restoration specialists, and the head of the historical registry verified that what he wanted to do could not be done. Although it would have been an interesting project, there were too many potential problems, too much conflict for it to be successful.

There have been so many in the past 31 years! There are similarities in the homeowners’ attitudes, although the projects have varied widely.

The first couple — a successful entrepreneur married to a stay-at-home mom — was faced with the decision about whether to move to a new home, or stay in their existing home to make it fit their needs. Their additional investment for both alternatives was similar. What tipped the scale in favor of remodeling their existing home was their love of the neighborhood. They get gold stars for preparedness! They knew what they wanted, and why they wanted it. They always treated each other with highest respect, and theirs is one of the best projects I’ve ever worked on, because it was a solid team effort from beginning to end.

There are similarities between Couple #1 and Couple #2, although the second couple belong to a different generation, newly-retired.They’re used to sharing the decision-making process, which reduces the possibility of surprises to zero, and they’ve learned the art of give-and-take. In the hundreds of hours spent together during the remodeling process, there’s never been any anger or misunderstanding. Their first project involved remodeling the master bathroom, the powder room, and the guest bathroom. Several years later, they decided to design and build a new home. Their consistent, positive attitude made both projects wonderful examples of how remodeling and building should be.

Interestingly, the third couple is very similar to the other two couples. Both of them have demanding careers, and they have three small children, but they arranged their busy schedules to be available for meetings, and discussed every detail openly, honestly, and respectfully. He let her make decisions that were important to her, and vice-versa. This was another project that flowed smoothly from beginning to end, because the communication was stellar, and their expectations were realistic.

Diane Plesset is a Certified Master Kitchen-Bath Designer and a Certified Aging-in-Place Specialist. She can help you cope with your remodeling and building anxieties. Send your questions to her and she will respond with some ideas and suggestions. Guaranteed, no high-pressure sales tactics — ever!