Bathroom Remodeling Problems Can Be Avoided 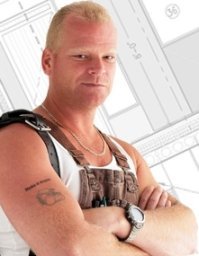 Mike Holmes believes in Do It Right!

Bathroom remodeling problems make me sick when I hear about them. Most of the time, problems could have been easily avoided, if homeowners had asked lots of questions, gotten reliable (honest) information, thoroughly checked references and credentials, and trusted their gut feelings. Homeowners are not stupid. Many are very well-educated, but they lack the experience and knowledge to protect their investment. They also tend to be trusting, which makes them easy prey for charlatans.

Have you ever watched “Holmes on Homes”? The program is about a great contractor, Mike Holmes, and his crew, who finish botched home remodeling projects.. He really cares about homeowners, and cares about what he does. I applaud him for getting a great message to a large audience. It’s a message that needs attention, because sooner or later, 95% of all homeowners embark on a major remodeling project.

Dream Project Turns Into A Nightmare

If Mike Holmes could read this, he’d be shaking his head and saying, “Why?” Why did a dream master bathroom renovation become a nightmare? Why, after six months, were the homeowners still  having to use the guest bathroom? Why were all of the plumbing fixtures and fittings — including a 36″ by 72″ whirlpool/air tub — taking up     an entire corner of the master bedroom? Because the homeowners trusted the designer that they hired.

END_OF_DOCUMENT_TOKEN_TO_BE_REPLACED

Communication: The Key That Unlocks The Door To Remodeling Success!

The return trip home, after leaving Mark and Anne’s yearly Thanksgiving open house, presented a wonderful opportunity to think about everything that made their major 1970s ranch home remodeling project special. Then, a familiar question, “How can more homeowners achieve the best results possible — with fewer anxieties, hassles, and regrets?” Here’s what made a big difference for Anne and Mark when they remodeled (and added onto) their home, and what can make a big difference for you:

Everyone took responsibility for communication, making this a successful remodeling project!

END_OF_DOCUMENT_TOKEN_TO_BE_REPLACED 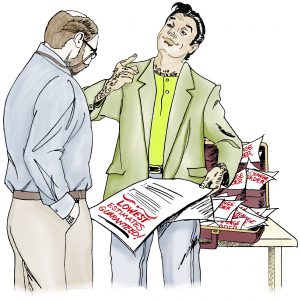 Remodeling Change Orders. You’re surprised, and feel betrayed.  Just when everything seemed to be going well, your contractor says, “We’ve run into a problem,” or, “If you want it, you’re going to have to pay more.” There are (sometimes) valid reasons for Change Orders, but most of the time, they can be avoided. You do not want to feel like your home is being held hostage. Here are five ways to avoid Change Orders:

How to Avoid Remodeling Change Orders

Remodeling Change Orders during a building or remodeling project should be an exception, not the rule. Here are ways that you can avoid them: END_OF_DOCUMENT_TOKEN_TO_BE_REPLACED

Advocate for Homeowners?  Of Course! 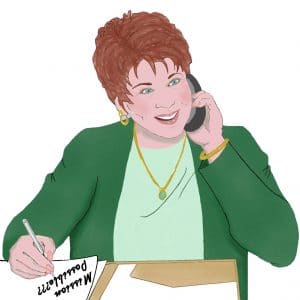 What is an Advocate? Many contractors conclude that an advocate always takes the homeowners’ side against them, which is not true. Remodeling is a team effort. If everyone remembers this, and takes their individual responsibility seriously.  There’s no need for anyone to take sides in most cases. There have been only five times in several hundred remodeling projects where a dispute arose. There was clear evidence that the contractor had done something very wrong:

END_OF_DOCUMENT_TOKEN_TO_BE_REPLACED

Building and Remodeling Changes Since 2008 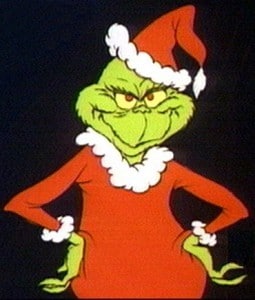 Building-remodeling professionals were busy, with seasonal ups and downs. Homeowners called design and construction professionals to renovate their home, or build a new home. They had high expectations and positive anticipation about finding someone to help them.They felt it was like  waiting for Santa Claus.

The Grinch (aka the economy) stole everything. Anticipation was replaced by anxiety and fear. Americans were just trying to keep their homes, trying to prevent the Grinch from stealing the roof over their heads. People lost jobs as companies downsized or closed their doors. Building and remodeling stopped. People who were thinking about trading up decided to hunker down and stay put. Recovery from such a devastating blow takes a long time. END_OF_DOCUMENT_TOKEN_TO_BE_REPLACED

Protect Your Bathroom Investment . . . and Your Sanity!

3 Recommendations To Protect Your Bathroom Investment (And Your Sanity) 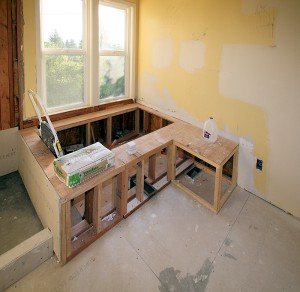 Have you heard remodeling nightmare stories shared by family, friends, and neighbors? Was your reaction a vow to never remodel your home? Time has passed, and now you’re considering a major bathroom renovation. Your new vow is, “Those nightmares will never happen to me”. How can you avoid costly, frustrating problems? Let’s follow the “Smiths” and the “Browns” through their bathroom transformations:

The “Smiths” wanted to remodel their master bathroom, but didn’t think about what they really wanted to include, and how they wanted to feel in their new bathroom. This opened the door for unnecessary features that could squeeze them into an over-budget situation. The “Browns” took the time to define exactly what they wanted — the look, feel, and function. They agreed that their #1 priority was a two-person shower with all the bells and whistles (rainhead shower head, body sprays, adjustable personal shower, a large bench seat, and decorative glass tiles). They could talk knowledgeably with professionals they would hire to help them design and build their new bathroom.

The “Smiths” relied on magazine articles and TV remodeling shows for information, without testing reality. They did no research about